Meeting with the Minister of Immigration and Asylum 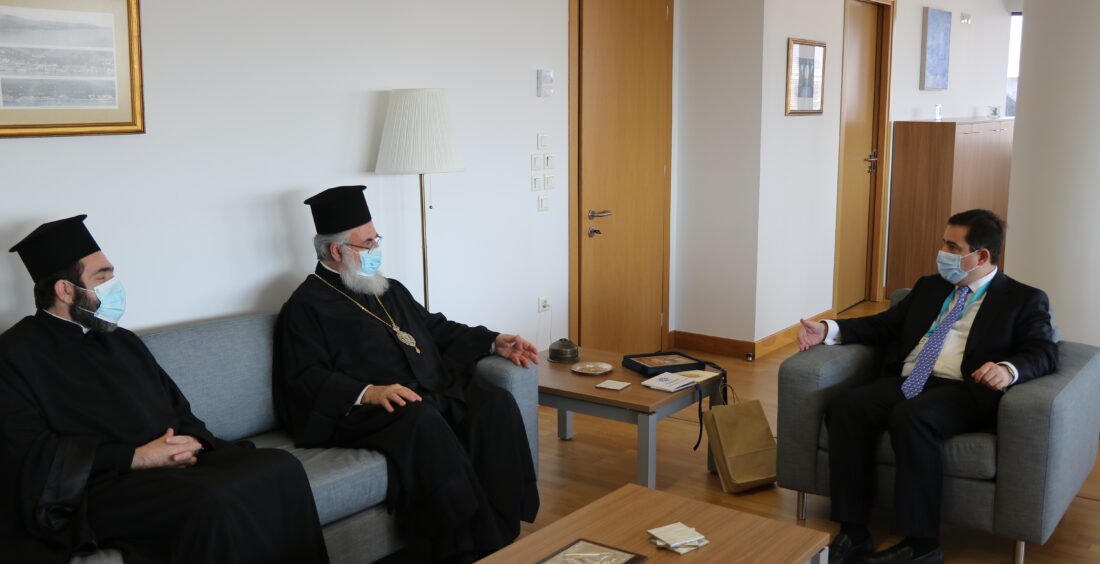 A meeting with the Minister of Immigration and Asylum Mr. Notis Mitarakis was held by the President of our Center, His Eminence the Metropolitan of Ilion, Acharnes and Petroupolis, Mr. Athenagoras, accompanied by the General Director of KSPM-ERP, Arch. Panteleimon Papasinefakis. It was also attended by the Secretary-General Mr. Patroklos Georgiadis and the Special Secretary Mr. Evangelos Konstantinou on behalf of the Ministry.

During the meeting, it was reaffirmed the disposition of both the Church of Greece and the Greek State on issues concerning refugee minors while at the same time there was a briefing about KSPM-ERP’s accommodation program for unaccompanied minors.