Meeting with the new Deputy Minister of Immigration and Asylum 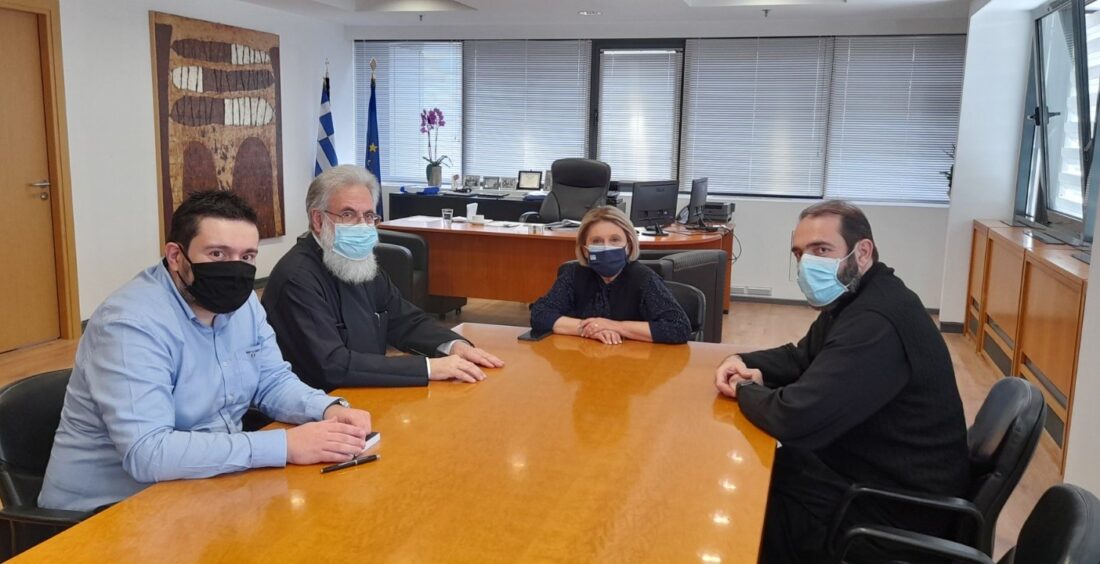 On Friday, January 22, 2021, took place the first acquaintance meeting between the President of KSPM-ERP, The Most Reverend Bishop of Ilion, Acharnai and Petroupolis Mr Athenagoras and the new Deputy Minister of Immigration and Asylum, Mrs Sofia Voultepsi.

During the meeting, which was also attended by the General Director of KSPM-ERP Arch. Panteleimon Papasynefakis and the scientific director of the Holy Metropolis Mr D. Anifantakis, His Excellency congratulating Mrs Voultepsi for her new duties and extensively explicate the actions carried out by our Center in collaboration with the Greek Government and the European Commission. Afterwards, the General Director referred to the challenges that arise daily in the implementation of hosting unaccompanied minors’ program and the desire of KSPM-ERP to contribute to the smooth integration of these young children in Greek society. On her part, the Deputy Minister, after thanking His Excellency and the Church of Greece for the effective and substantial contribution to this important issue, analyzed the priorities of the Ministry of Immigration and Asylum regarding the UASC and assured of their full support for the work being done by KSPM-ERP.

At the end of the meeting, His Excellency the President, after expressing his gratitude to the Deputy Minister, stated that through frequent communication with the competent bodies, the Church of Greece will continue to assist as much as possible in resolving the refugee issue and that He looks forward to specific actions that can be announced through a next meeting.