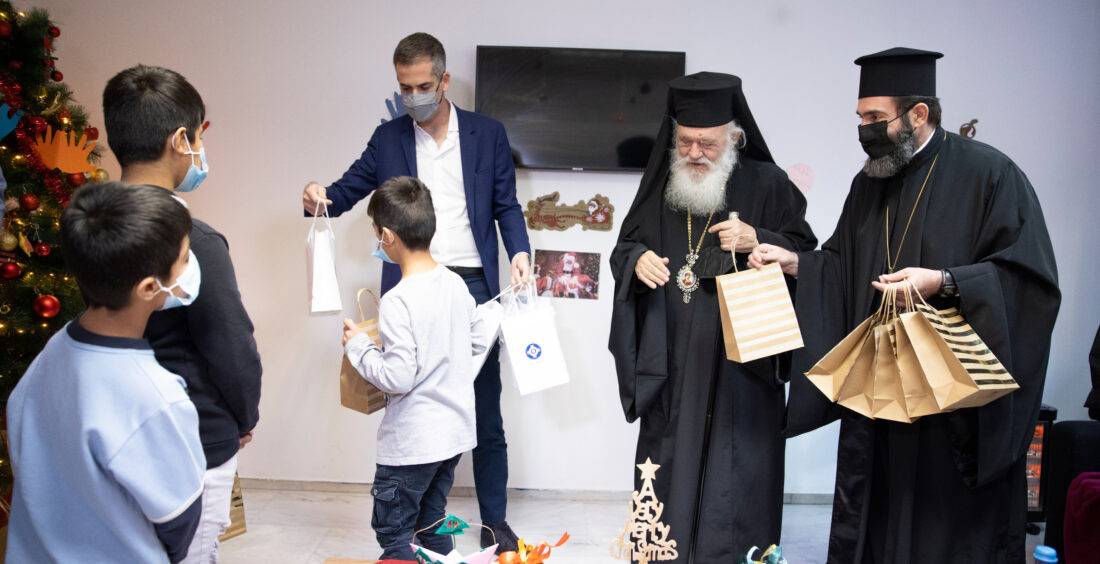 Today, was a special day for the children, employees, and executives of SYNYPARXIS as the Archbishop of Athens and all Greece Mr. Ieronymos and the Mayor of Athens Mr. Bakoyannis visited and were guided in one of our shelters for unaccompanied minors in view of the holidays.

The high guests were welcomed by the President of of SYNYPARXIS Metropolitan of Ilion, Acharnes and Petroupolis Mr. Athenagoras, pointing out that our main concern is to help these children. To help them, as stressed by the General Director Arch. Panteleimonas Papasinefakis by providing to them with a warm home in which with the help of specialized staff they will regain their hope and acquire all the skills for a better future.

The Archbishop in his speech after thanking the Mayor for the contribution of the Local Government Administration as well as the President and the General Director for the work done here, reminded that “the Church has no meaning outside human life and its goal is to help every human being, the creation of God “.

Mr. Bakoyannis in turn spoke of an act of love on the part of the church which sends a strong message against hatred, racism, and discrimination. He also confirmed that the Municipality of Athens will support this effort by any means.

In the spirit of the days, we live in, the children gave a special note by singing festive songs, wished everyone happy holidays, while immediately afterwards the Archbishop and the Mayor distributed gifts to the children.

* The shelter for unaccompanied minors operates in the framework of the program “Creation and operation of Shelters for Unaccompanied Minor Refugees and Migrants” funded by Asylum, Migration and Integration Fund (AMIF) and national resources.